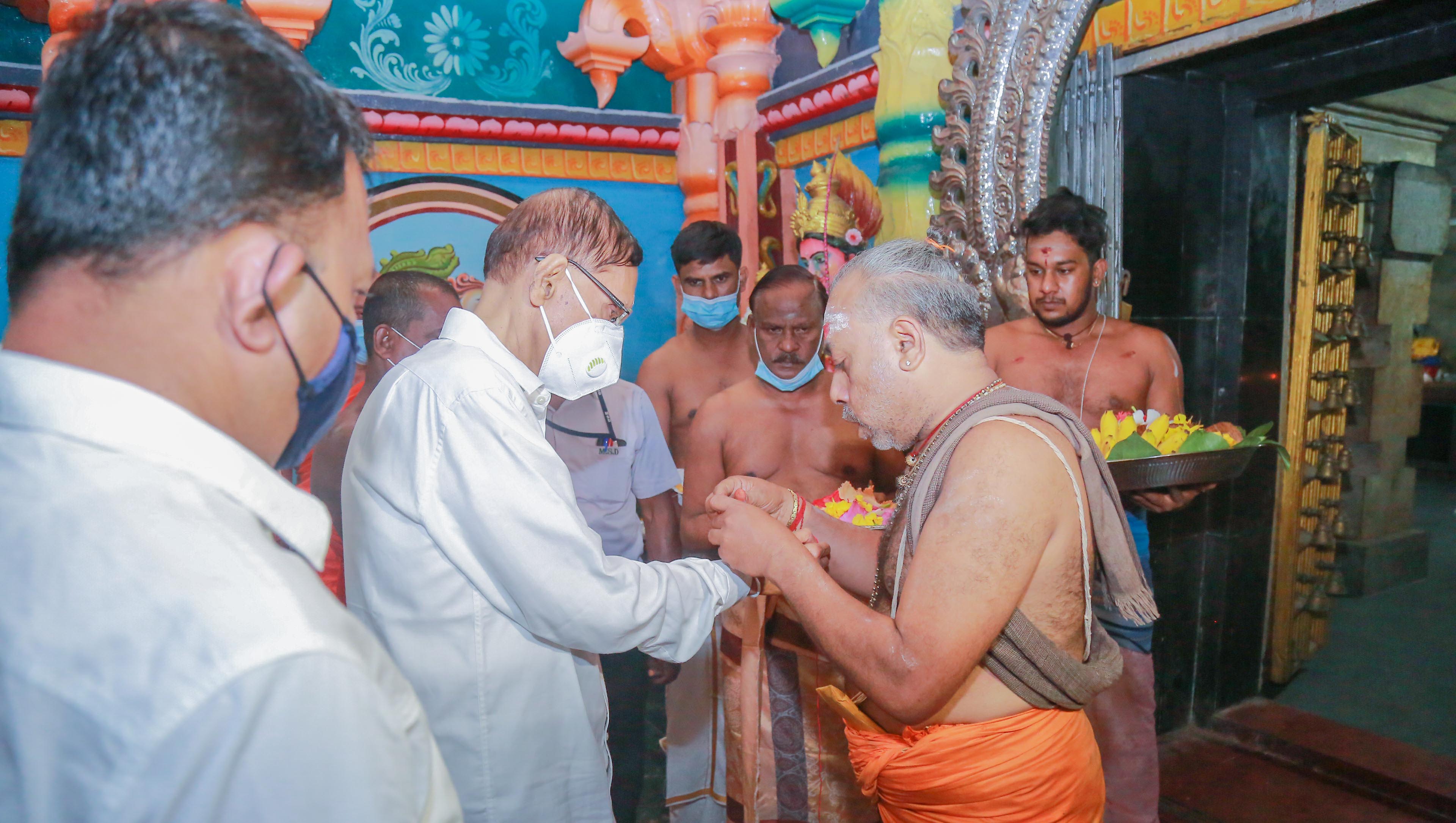 We will interfere practically for the development of education in the Northern Province while identifying the priorities”- The Minister of Education Professor G.L. Peiris

The Minister of Education Professor G.L. Peiris mentioned that a special work load has to be done for the development of school education in the Northern Province under the interference of the government and the steps will be taken to identify the priorities and the actions will be taken to implement them practically after searching for the most urgent needs.

The minister stated these views while participating in the worshiping of Sri Nagapushani Amman Kovil at Nagadeepa today (07).

The minister of education expressed his respectful gratitude to the chief incumbent of Nagadeepa temple who has been rendering an outstanding service there for about forty eight years. And also he pointed out the necessity to work collectively without any political division to make the public life better developing the health, education and the economy of the people in the north.

The minister mentioned that it was revealed in a discussion he had with the archbishop of Jaffna during this tour that there are three main requirements for the people in this area. Their major requirements are improving education, agriculture and the fishing industry.

The minister also mentioned that he had the opportunity to meet all educational authorities in the Jaffna district and he also mentioned that it is a major requirement to take action to minimize the communication gap between the communities. For that purpose, the steps must be taken to widen the coordination between the schools in the north and the schools in the south, the minister pointed out.

During this tour the minister and the team joined in observing the Naga Viharaya, Nagapeepa Temple, Sri Nagapushani School in Nagadeepa, Sri Ganesha Junior School, Nainathive Maha Vidyalaya, and the Sri Nagapushani Amman Kovil. They also joined to worship the Nagadeepa temple.

The Addition Secretaries and some senior officers of the ministry of education had joined in this tour.