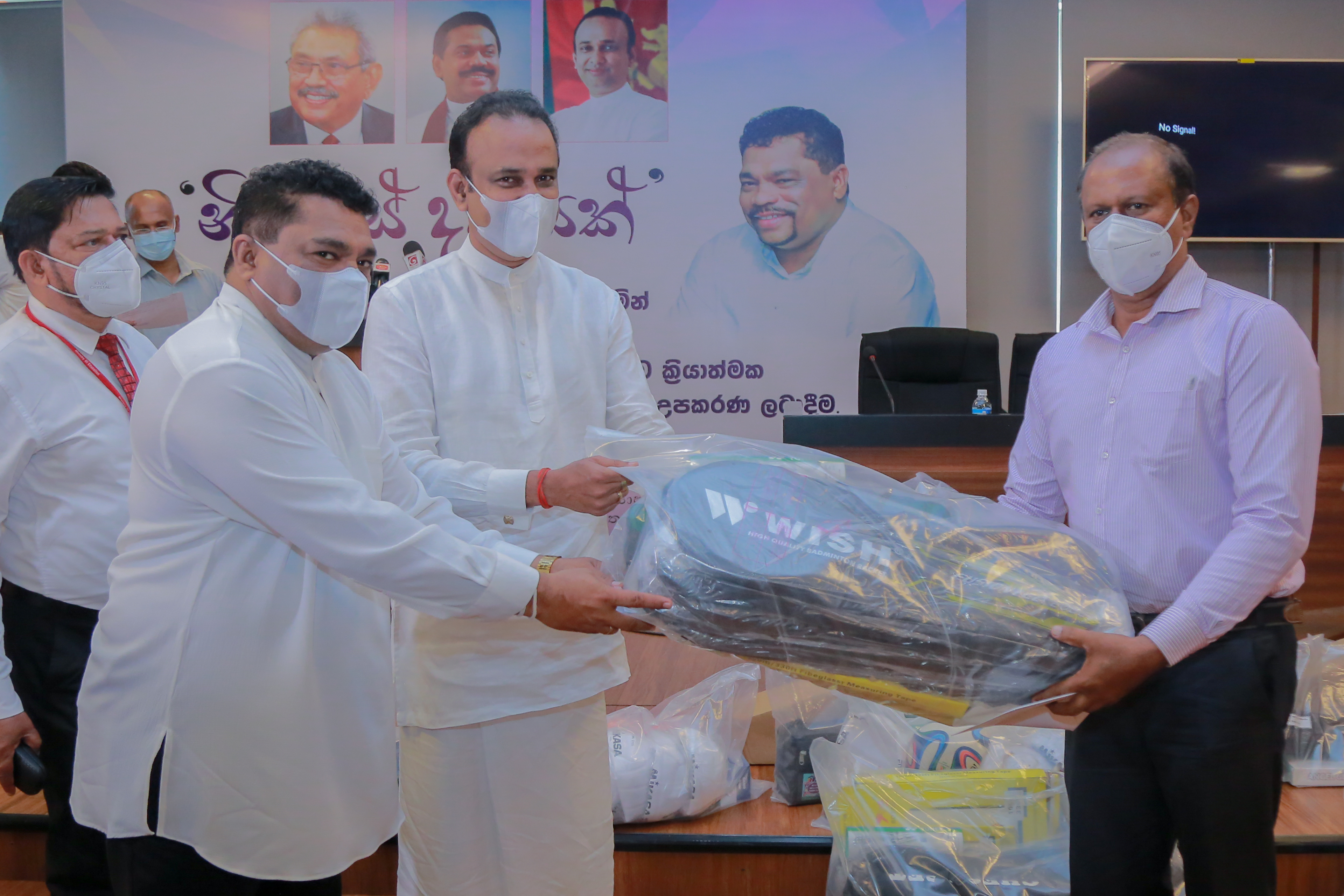 The number of schools that remained for about 450 years before the independence was only 3000 but now it has expanded up to 10,000 within 73 years after the independence. In addition to the only one university that remained by the name of Sri Lanka National university, today we have 17 government universities and 40 private universities of acceptable standard. The percentage of school attendance of the children was 52% in 1948 but it has increased up to 99% today. In this way the minister mentioned the progressive landmarks of the education pathway and said that the present government increased the opportunities of university intake from 30,000 to 40,000 understanding the continuation of this development even in the face of financial difficulties. And also 30 billion rupees of salary increase was provided for the teachers. He further mentioned that even in the middle of obstacles, the main objective of the government is to lead the system of education towards an orientation for creating children enriched with the knowledge of technology suitable for the future world of work.

The minister expressed these ideas while participating in the program for providing school equipment necessary for the provision of infrastructure and services under the two projects of cluster schools and trilingual schools implemented for the standard comparative development for other schools in the island along with the national program for the development of thousand national schools.

Under the first step of this program which has been implemented for four years since 2021 with the theme of “Thousand Free” involving the state ministry of education services with subject leadership of The State Minister of Education Services Piyal Nishantha, the equipment for the fields of Science, Sports, Aesthetic Education, Information Technology, Agriculture and teacher student tables and chairs etc. worth of 20.6 million rupees for cluster schools and worth of 56.5 million rupees for trilingual schools were provided.

The officers including The Secretary of Education Professor K. Kapila C.K. Perera and The Secretary of the state ministry of education services Mrs. K.M.S.D. Jayasekara had joined in this function.