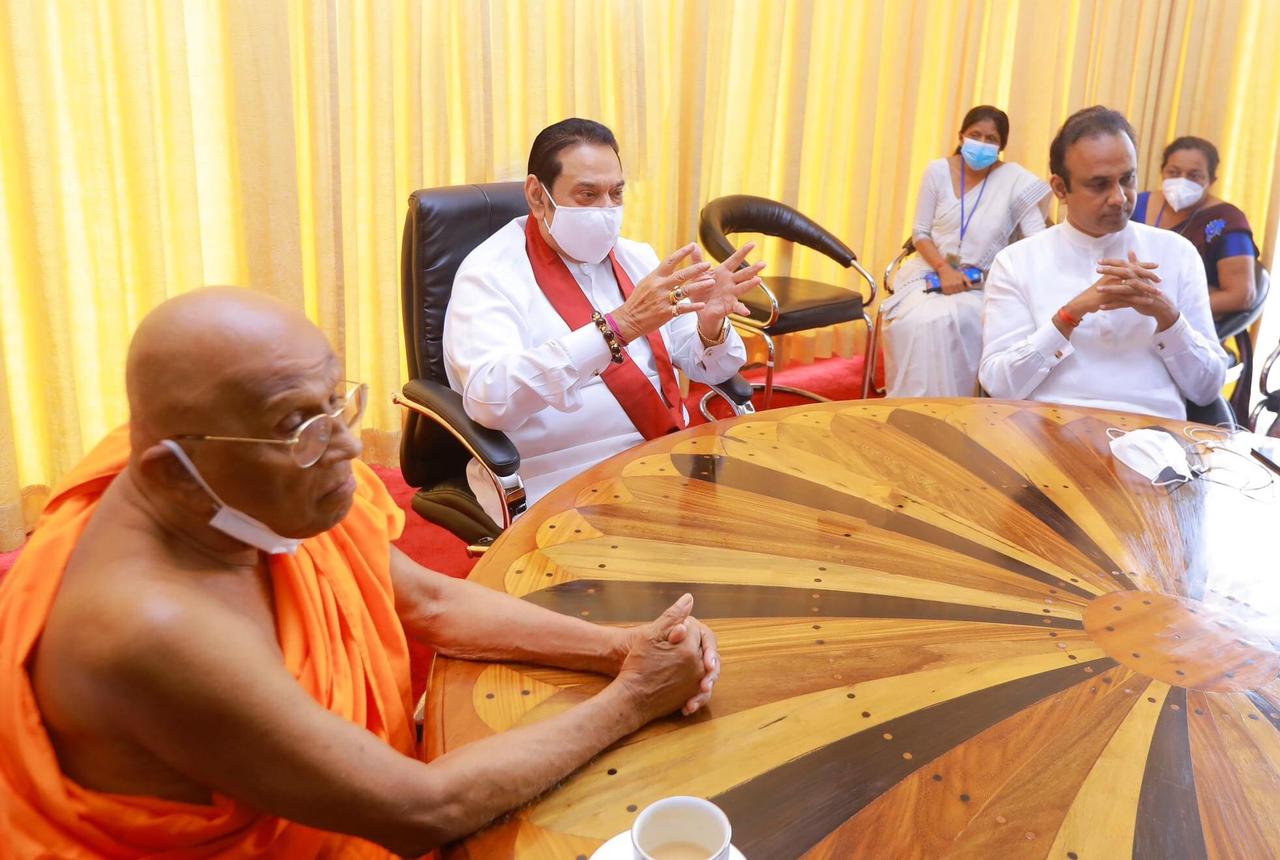 The Prime Minister Mahinda Rajapaksa instructed the subject ministers today morning (20) to submit a combined cabinet paper by the education and health ministries with regard to the starting of the national nursing university.

The Prime Minister gave these instructions when he joined the discussions held at prime minister’s office at the parliament relating to the starting of the national nursing university.

The Prime Minister further pointed out that as he proposed earlier it is a timely action to provide an internationally accepted degree for nursing education.

The male and female nurses enter the health service through 17 nursing schools throughout the island at the moment and the attention was drawn at this meeting about the necessity of the service and increasing the quality of present nursing education.

Accordingly, the state officials sensitized the prime minister about the procedures that can be taken to provide a quality and internationally accepted nursing degree to suite the local and international demand for nursing service.

The chairman of the government united nursing service association, chief incumbent of Abhayaramaya Narahenpita, chancellor of the Colombo university Rev. Muruththettuwe Ananda Thero pointed out that their association had made this demand from the year 1991.

The Minister of Education Dr. Ramesh Pathirana, The Minister of Health Professor Channa Jayasumana, the chairperson of the university grant commission Senior Professor Sampath Amarathunga, the prime minister’s parliamentary affairs coordinating secretary Priyantha Rathnayaka, the advisor to Asian Productivity Institution of the Asian Development Bank Professor M. Thilakasiri, the vice chairman of the government united nursing service association R.K. Batuvita, and a team of officers from the education and health ministries had attended in this meeting.