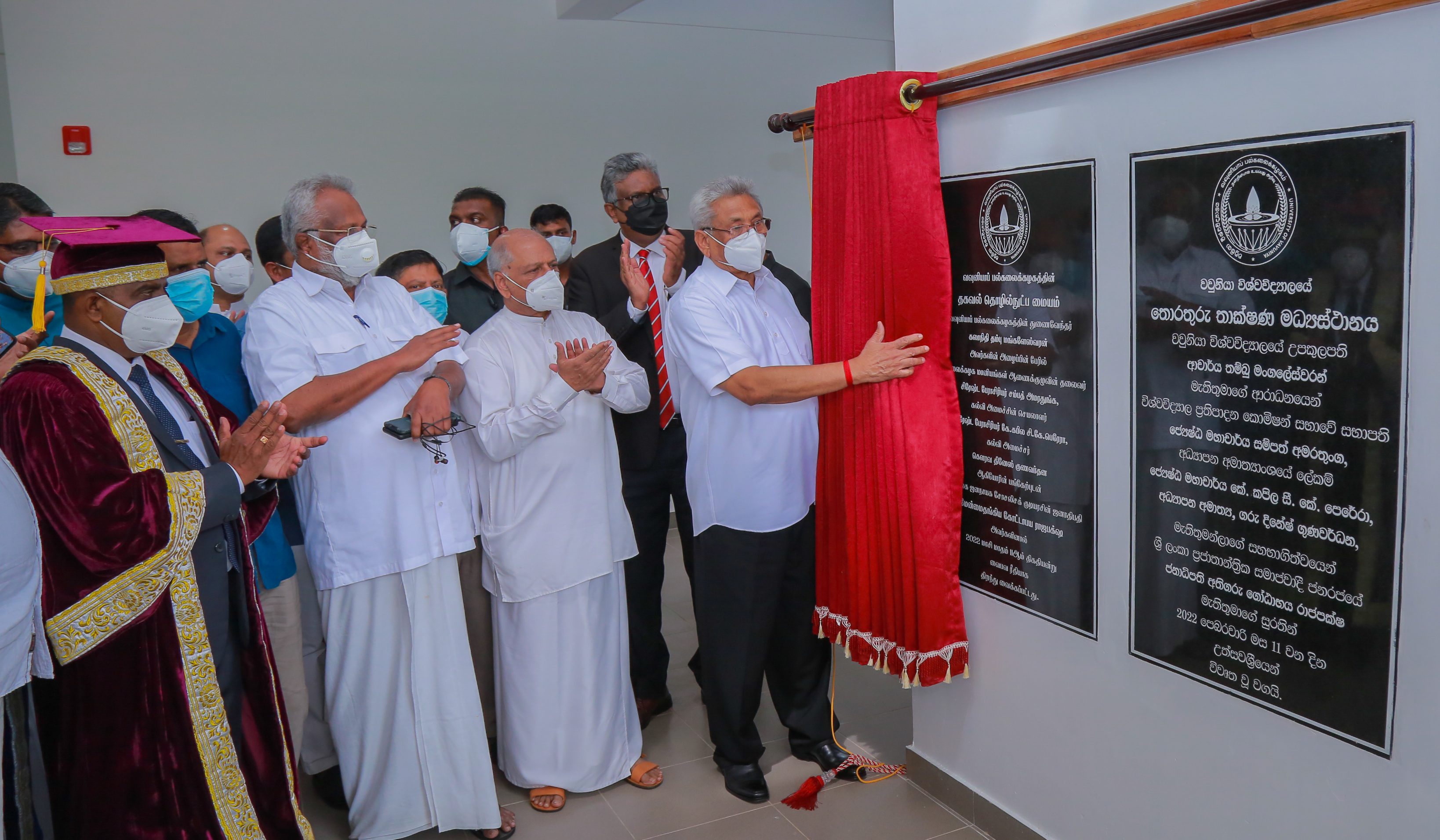 The conversion of Vavunia campus into a national university by the President Gotabhaya Rajapaksa was happened on 11.02.2022 on the invitation of The Minister of Education Dinesh Gunawardana. The Minister of Fisheries Duglas Devananda, the Governor of Northern Province Jeevan Thyagaraja, the members of parliament Kardar Masthan, Yadamini Gunawardana, Kulasinham Thileepan, the Chairperson of the University Grants Commission Professor Sampath Amarathunga, the Vice Chancellor of Vavunia University Dr. Thambu Mangaleswaran attended this occasion.

The speech delivered by The Minister of Education Dinesh Gunawardana at this occasion:

This is a historic occasion to upgrade this campus as a university under the vision of prosperity of the Hon. President. This place has been performing the higher education activities with the determined effort of all for more than thirty years. Recognizing all those activities, it is a remarkable success achieved by our higher education sector to be able to declare this campus as a university. I consider this incident of declaring it officially by Hon. President as a very special occasion.

A university is a higher education institution which is a helping hand for achieving education providing the universal knowledge. The gratitude is expressed to Hon. President for upgrading this campus up to that level.

Furthermore, Hon. President has pointed out the importance of approaching a process of fulfilling the requirements of a university locally and also working collaboratively among the seventeen universities in our country as partners of a responsible process along with the different faculties in order to implement this decision.

Hon. President has pointed out the necessity of the transformation universities to join practically with the national economic development in addition to the learning of theoretical subjects.

This earth is so fertile one. There are more unfound resources than the found ones in it. It is revealed in Vavunia, Mullaithew and also in Mannar district. This Vavunia district is the region that created outstanding scholars. The professor of Mathematics of the first university of Sri Lanka Sri Sundaralingam preformed a very special workload. That name is connected with Vavunia. Hon. Sri Sundaralingam worked as the vice principal of the Ananda College and later became a member of parliament. Very high abilities he showed in the field of Mathematics are helpful to the studies of all joining the university. And also, we make arrangements to add the new fields regionally for the development practically along with the various research and the information technology.

World famous Manthai harbor is situated under the earth in this region. Therefore, our MP Mr. Masthan mentioned frequently about the repertoire of knowledge of that Manthai harbor. I request from the all who are in the university to encourage the new research towards that new area.

This university is generated through the successful ability of transferring into this process because of the special effort of the Governor of the Northern Province and the dedication of our higher education institutions.

The new doors we are opening today will join with the progress of planned development program of Hon. President.

This institution becoming a university today must go towards the success of fulfilling that challenge not only for the students but also for the teachers and the professors. During a period of the world in which we are living and is marching forward fast, it a time to create a new society that search for a lot of information in science and technology. We are dedicated to give all possible support to this university under the guidance of Hon. President.