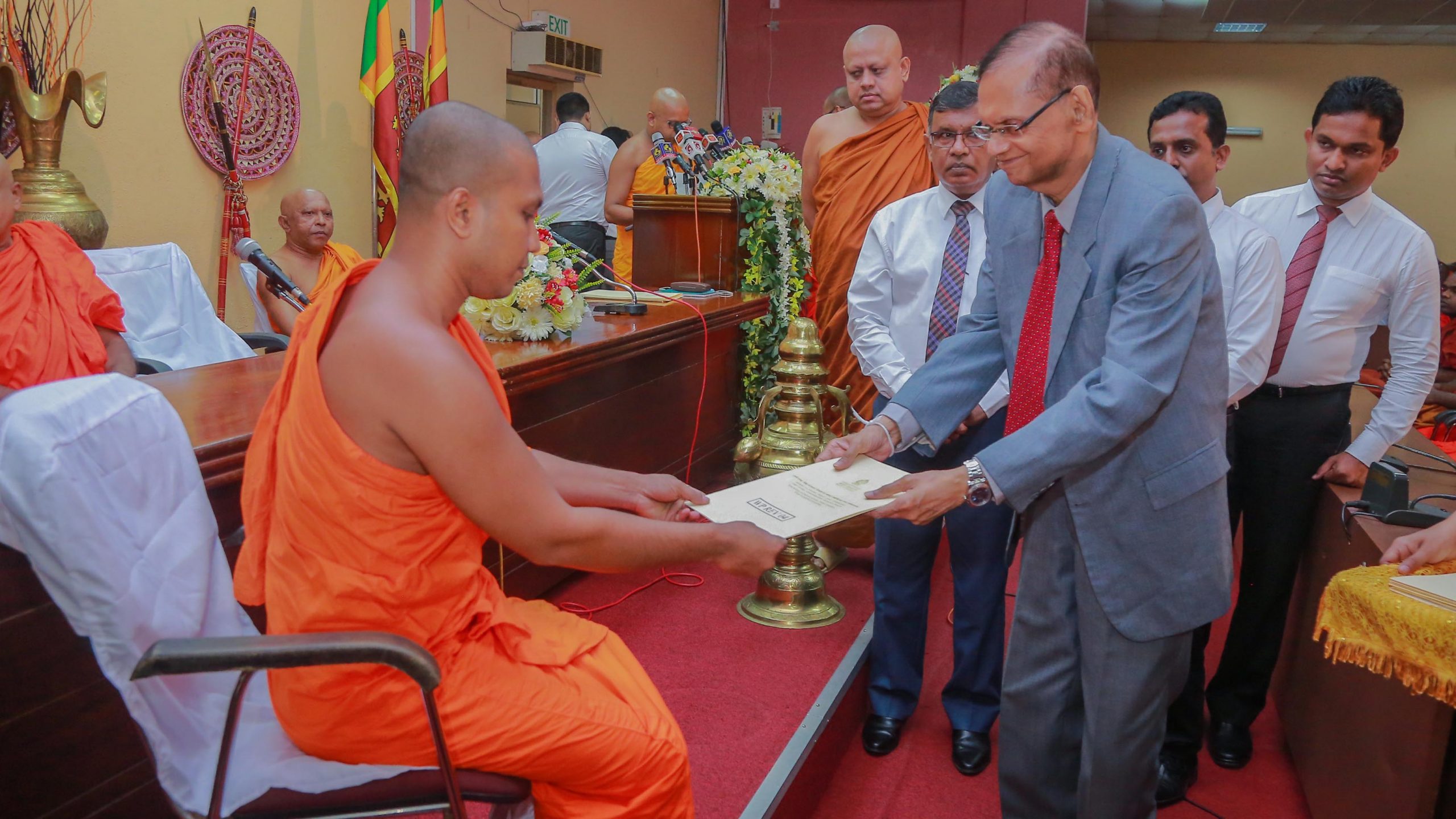 “The religious institutions bear a great responsibility in the development of human resources” – The Minister of Education Professor G.L. Pieris

The Minister of Education Professor G. L. Pieris mentioned that HE the President has expanded the scope of duties of the ministry of education consisted of 4 state ministries by merging several institutions that had been functioning separately with the aim of improving properly the human resource our inborn wealth for the development of the country and in this process the religious institutions bear a great responsibility as well as an enormous duty.

The minister expressed these ideas while participating in the function held today morning (15) for the purpose of handing over of the appointments to 263 new Pirivena teachers (This included 137 appointments for clergy, 123 appointments for lay persons and 3 Seela Matha appointments.) for developing the Pirivena education in this country.

The minister further stated that our education system has not been modernized for a long time and there is a huge gap between the education received by the students and the modern employment opportunities. This is the reason for creating forlorn people who hate the social system and it is a national responsibility to activate education reforms including the curriculum revision. The minister further mentioned that when the education reforms are implemented the views of all sections are obtained from district level, especially, the assistance of religious institutions is very valuable in this regard.

A country cannot be made virtuous just by making the laws rigid; even if the legal actions are taken against the criminal and illegal activities reported daily in the media such as the use of drugs, use of firearms and the underworld activities, it is more important to build spiritual qualities within the people and it must be incorporated into the education system from the pre-school system onwards the minister emphasized at this occasion.

During the last period, the relationship between the village and the temple was prevailed in a bit melting condition and some people made that situation intentionally. Instead of creating insensitive robots from education, the Buddhist and other religious bodies must give a huge support to generate the people who love the society and their culture, said the minister. The minister also added his blessings saying that the newly appointed teachers of Pirivenas be able to give this support to the system of education of this country.