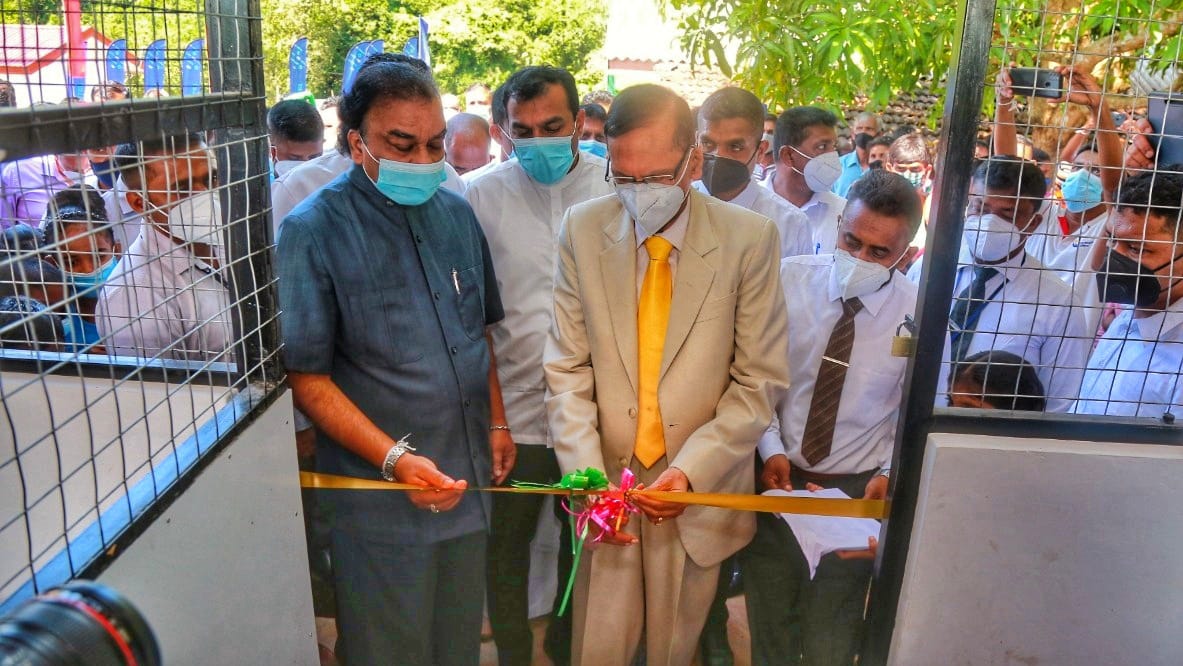 “The policy of our government is to eyewitness the problems in villages and provide solutions..” – The Minister of Education Professor G.L. Peiris

The Minister of Education Professor G.L. Peiris said that when identified the people who are deprived of privileges and missed the opportunities to come forward and given opportunities for them, they will achieve successful results and the policy of the government is to eyewitness the problems of people in villages and to provide solutions for them.

The minister expressed these ideas while participating in the function held today (21) at the premises of Wilgamuwa, Himbiliyakada Primary School in the Central Province for handing over of the newly built classroom building to the ownership of children.

Under the second program of ‘Dialogue with the Village’ implemented island wide according to a policy decision of HE the President Gotabhaya Rajapaksa, this school building was constructed following the directions given by him.

The minister pointed out that highly gifted children are created from many difficult area schools and the present government draws its special attention to identify those schools and fulfill their major requirements as soon as possible. At the moment a program has been started to identify new national schools throughout the country and the special attention has been drawn in this process to the criteria such as the schools in their catchment areas and the facilities for the children to reach those schools in each area, the minister further stated.

The major challenge for the opposition today is HE the President’s dialogue with the village program. The minister pointed out that it is highly successful in developing the facilities necessary for the village to meet them personally and to draw special attention to their real problems by the President.

Our country has been included in the agenda of the human rights council in Geneva and they have complained our three-fold armies to be a force that frighten the masses and violate the human rights. The minister mentioned that the government will appear before the council in Geneva within next two days to clear our armed forces from those allegations. They ended the thirty year long armed conflict through a humanitarian war fighting for the people. He also said that our armed forces always interfered closely with all the needs of people.

This incident happening in this school today provides a live example for this purpose since the infantry of the army did all constructions of this new building of this school and the sincere thanks is expressed to them, the minister said.

The minister also pointed out at his event that the government has drawn its attention to do the fairness to acting principals who have been serving in the schools for a long time in the school system in this country and the cabinet paper for this purpose will be submitted to the parliament.

A large gathering including The State Minister Janaka Bandara Thennakoon, Member of Parliament and the Chairperson of the regional development committee Pramitha Bandara Thennakoon, the Secretary of Education Professor Kapila Perera, the Chairperson of the district development committee Nalaka Kottegoda had joined in this occasion.