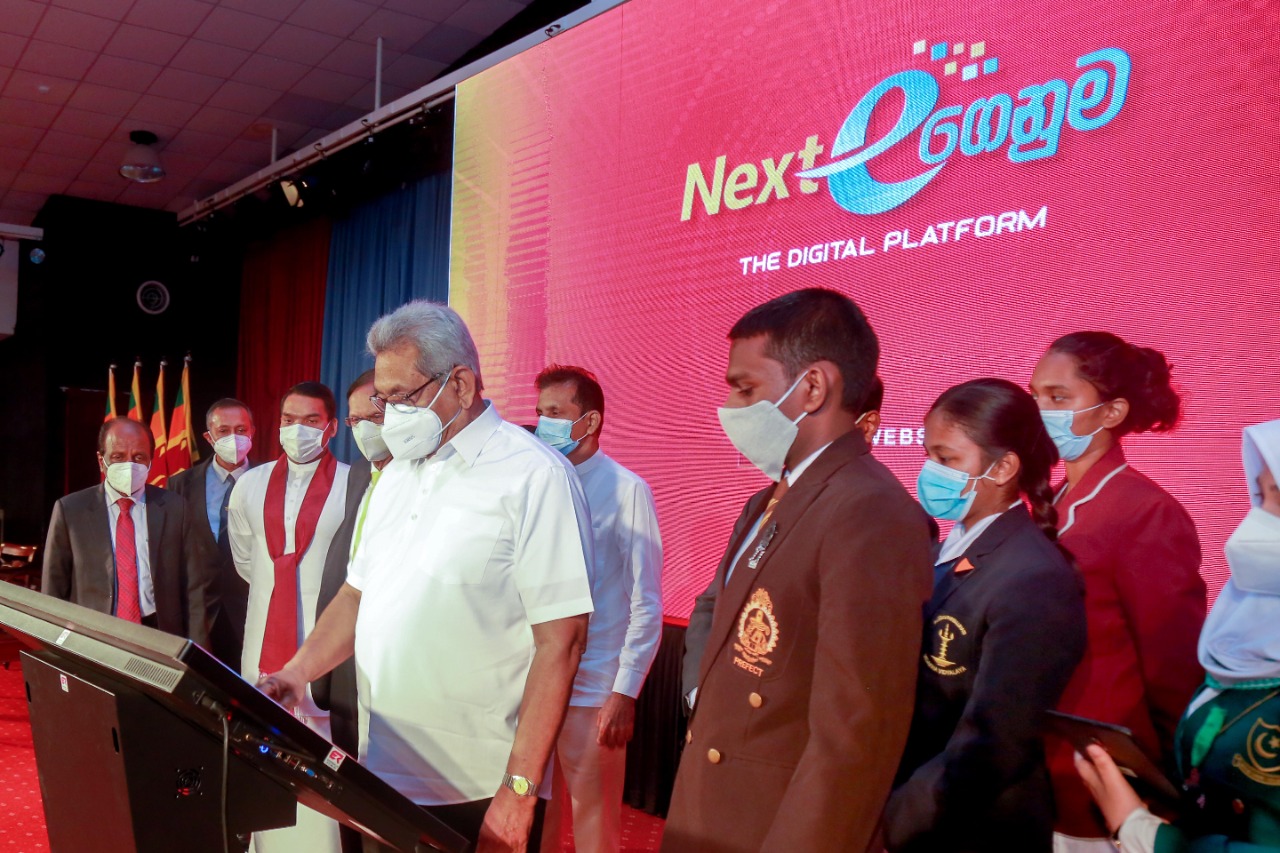 “The participation of entire country is needed for the digital platform of education reforms.” – The Minister of Education G.L. Peiris

The Minister of Education G.L. Peiris said that our inherent treasure is the human resource and the inborn abilities and creativity of the youth is the backbone of the country. We need to promote and sharpen those abilities up to the maximum through education and the education must be changed in line with the current social needs.

The minister expressed these ideas while addressing inaugural occasion of “Digital Platform” for obtaining the views of the people for new education reforms held today (26) at the Temple Trees with the patronage of the President Gotabhaya Rajapaksa.

Further expressing his ideas at this occasion the minister said,

“If somebody asked from me what the major issue in the system of education today is, the answer that can be given without any hesitation is there is an immense gap between the education provided to our students by the schools, institutions and universities and the career opportunities. It is not a better sign at all. What happens through it is generating the youth unrest. Our expectation is to minimize that gap as much as possible. In order to provide good occupations for our children actions must be taken to reform our education system, he said.

The minister pointed out that computer technology, information technology and the knowledge of languages must be included into our syllabuses but for several decades the adequate attention has not drawn towards them. He also mentioned that it is expected to study the syllabuses deeply and change them to suit the contemporary world and to update the teaching methods. The need of the modern world is to develop the child’s productive strength, creativity and the ability to face the challenges in life instead of the method of scoring the marks by rewriting the learnt by heart at the examinations. All these cannot be done by the ministry of education alone and the support of the children, parents and the teachers as well as the contribution and the participation of all are needed. This program is implemented taking the views of the venerable priests and other clergy, old pupils associations and all the others, the minister further stated.

The President’s policy declaration “vision for the prosperity” has given a priority to vocational education and it is also important to take actions for generating and developing the appreciation of traditional customs, values and cultural heritage among the children and it is not an easy task to do only by changing the laws, the minister stated. The minister pointed out that this program is not limited to Colombo and suburbs but also it is presented to all regions in the country. He invited all sections in the country to join hands with this program considering this as an essential task necessary for the progress of the country. A gathering including The Minister of Sports Namal Rajapaksa, The State Ministers of Education Susil Premajayantha, Vijitha Berugoda, Seetha Arambepola, the secretary of the ministry of education Professor Kapila Perera and state secretary of education Upali Sedara had joined in this occasion and the officials including all the directors of education in the provinces joined the event through Zoom technology.