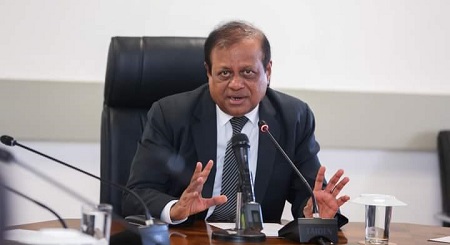 The number of Russian and Belarus scholarships offered to Sri Lanka increases as a result of the official tour of The Minister of Education Dr. Susil Premajayantha

The Minister of Education Dr. Susil Premajayantha says that in a situation where the calling for applications for higher education scholarships offered to Sri Lanka by Russian and Belarus states had been delayed during the recent Covid pandemic season and he had taken immediate necessary actions to offer these scholarships calling applications after publishing on websites within a short period of time like three months after his appointment as the minister of education. The minister stated this while participating in a meeting held at the District Secretariat Narahenpita.

He also said that during his recent official visit to Russia and Belarus took steps to increase the number of scholarships and approached to some memoranda of understandings. The minister further said that these scholarships are offered in two ways. One is selecting the scholars by the scholarships offering countries upon the value of Z score after scrutinizing the applications. The other one is selecting the scholars by the ministry of higher education of this country only considering their Z score values. The minister further stated at this occasion that a program with a transparency will be activated by publishing the available number of scholarships and the finally selected number of scholars. During this tour the attention has also been drawn to the drafting of another educational memorandum of understanding between two ministries of education in Belarus and Sri Lanka.