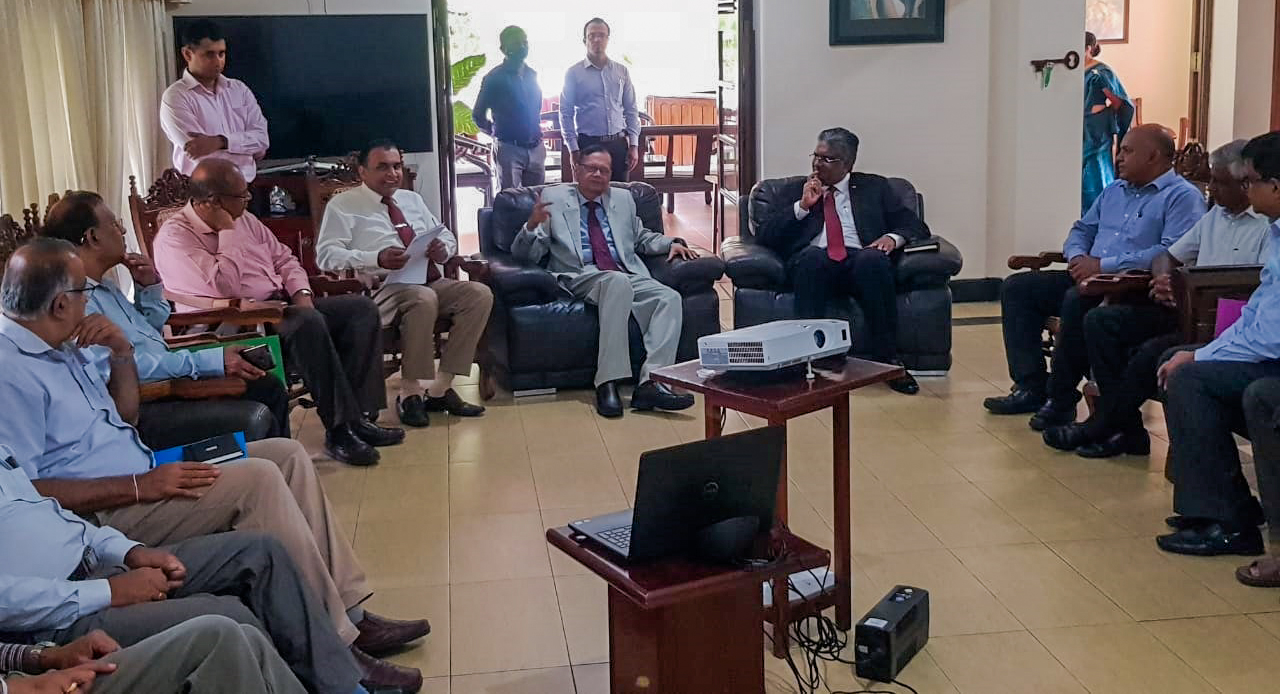 The Minister of Education G.L. Pieris says that the steps must be taken to reform the university
system in this country to create a future generation which has acquired soon the knowledge and
practice of the modern technology providing the ability to reach the apex of development
according to the emphasis given in the vision of prosperity the policy declaration of HE the
President Gotabhaya Rajapaksa.
The minister expressed these ideas recently (20) while participating in a meeting held at the
University of Peradeniya with the Chairperson of the University Grant Commission Professor
Sampath Amarathunga and the officers of the Peradeniya University including its Vice
Chancellor and the Deans.
Further discussions were also held at this occasion related to developing the physical and
infrastructure facilities with regard to the admission of extra 405 students to engineering faculties
and 360 additional students to medical faculties in six universities for the year 2020 against the
number of students admitted in previous years.
The attention was also drawn here to the planning of a program in the future for using the
excellent works of the universities for the utilization of school children. It was also proposed to
appoint the instructors for vocational guidance in the universities and to take steps to prepare the
approved number of cadre for that purpose.
The willingness was also expressed here to prepare a way to provide special allocations, after
having discussions with the treasury, for the improvement of dental and veterinary hospitals
which are available only in Peradeniya University.

Furthermore, the issues and challenges faced by the Deans in the academic and administrative
activities were discussed and the long term and short term solutions that can be given to them
were also pointed out by the minister.
The instructions were given to the officers by the minister in relation to the ways of
implementing external degree courses in the future and how to make future plans for maintaining
the standard and the quality of those courses.
This discussion was held as an extension of the series of programs conducted for discussing the
future measures to be taken with regard to maintaining the quality of university education in this
country with the officers of the ministry of education, the officers of the university grants
commission, vice chancellors and the deans.
The Chairperson of the University Grants Commission Professor Sampath Amarathunga, Vice
Chancellor of the University of Peradeniya Professor Upul Dissanayaka, all the Deans of that
university and the senior officers had joined in this occasion.