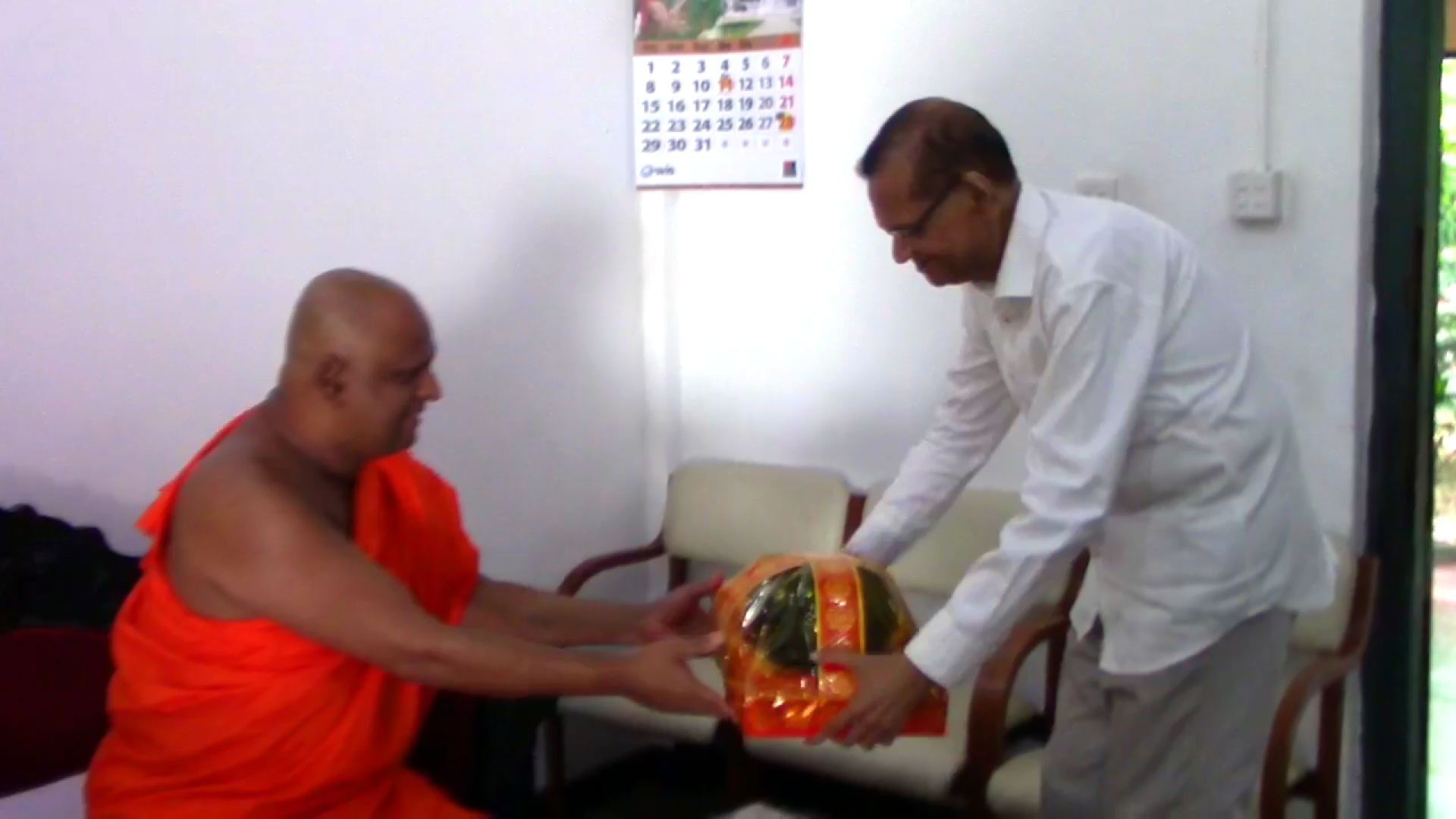 The chief incumbent of Sri Sambuddha Jayanthi Temple, Anuradhapura Most Venerable Nugetenne Pangnananda Thero said that he expresses his thankfulness to The Minister of Education Professor G.L. Peiris for taking the challenging decision to restart the schooling of the children.

The priests expressed their views lengthily about the economic situation in the country at present and about the complaint submitted by the Geneva Human Rights Commission regarding Sri Lanka.

At this occasion the priests pointed out that it is so ignoble that some of the narrow minded political ideologists are trying to spread hatred and malice in the society while directing the public opinion towards other extremes in a moment everybody must be unanimous and stand for the country. Instead of providing strength to the president for that purpose who was appointed with the confidence that he can develop the country, it is very shameful that some organized parties are trying to criticize him, they said.

The baseless complaints raised against the present president saying that he is supporting the destroyers of forests is totally unreasonable because when he was the secretary of defense during the President Mahinda Rajapaksa’s period recreated Colombo city as a green city. The people who cry aloud about destroying the forests are not trying to grow even a single plant for the country. The president has to visit the villages and take the trouble of solving the problems of village people because the relevant officers do not perform their duties properly, said Rev. Ethalawetunuwewe Gnanathilaka Thero.

Rev. Nugetenne Pangnananda Thero said that there is a planned program implemented for the purpose of disordering drastically the public opinion while spreading wrong views among younger generation such as the places of the birth, enlightenment and the demise of the Lord Buddha even though these facts have been proved archeologically. And also they try to create unrest among the races. Therefore the government must draw its full attention to stop these false propaganda and the dishonest deeds, he said.

The Reverend Thero further stated that he expresses his thankfulness for the decision taken to open the schools reinstating the mentality of the children who were domiciled for a long time and the parents without disturbing the education of children while successfully facing the covid challenge as a country.