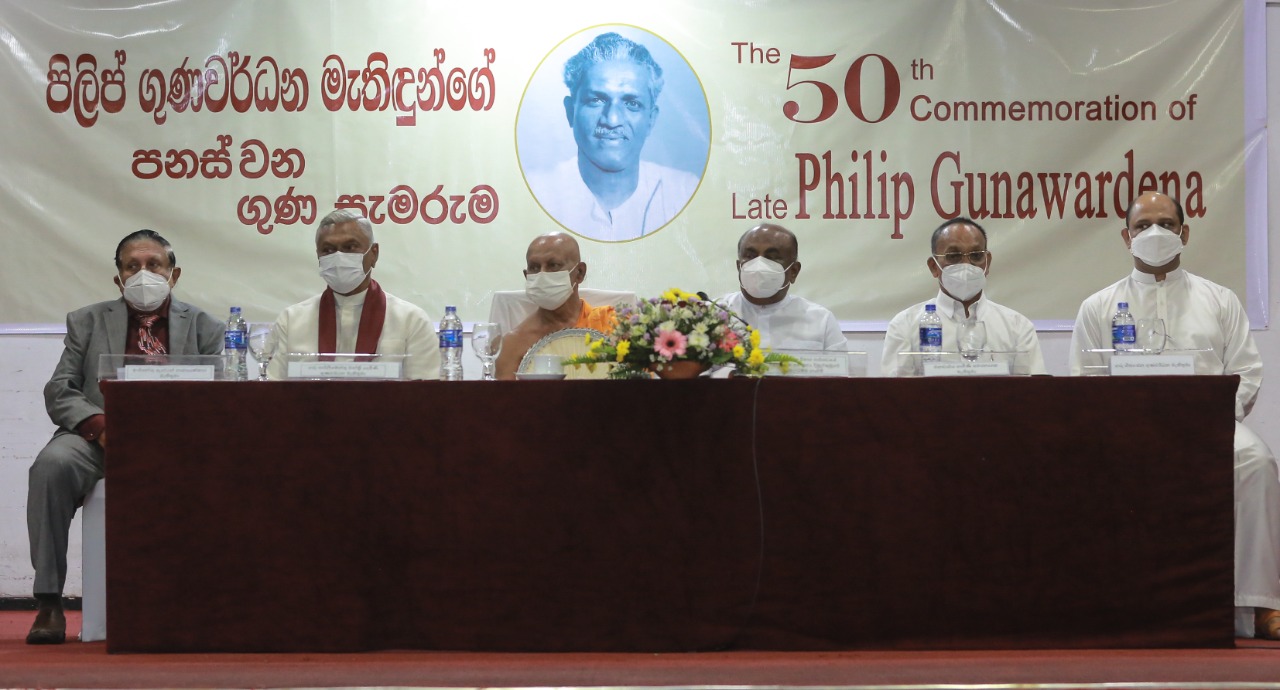 The 50th commemoration of the national hero Phillip Gunawardana the founder of socialist movement in Sri Lanka supporting the anti-imperialist national struggle for the creation of an independent Sri Lanka was held on 29.03.2022 at the Sri Lanka Foundation Institute, Colombo 07.

Phillip Gunawardana who expected a social progress through the socialist vision and creating the Suriya Mal Movement against the imperialistic Popi Mal movement. He worked dedicatedly to improve the agricultural economy providing the loans to the farmers after establishing cooperative development banks according to the ten-year agricultural plan and also introducing the Paddy Field Act. He has also rendered a massive service to the people activating the historical decisions like nationalization of harbor and busses. He also held several ministerial portfolios while working as a member of the parliament of Sri Lanka and the state council of Ceylon at that time.
The chair of this commemorative function was held by Rev. Dimbulkumbure Wimaladhamma Nayaka Thero and other monks including Rev. Muruththettuwe Ananda Thero had also attended in this occasion. The keynote address was delivered by Professor Gamini Samaranayaka and a special lecture was delivered by the Engineer Anton Nanayakkara.

This function had been organized by the Phillip Gunawardana commemoration society and The Speaker Mahinda Yapa Abewardana and the ministers Chamal Rajapaksa, Dinesh Gunawardana Wasudewa Nanayakkara, Nimal Siripala de Silva the State ministers Sisira Jayakody and Piyal Nishantha, the members of parliament Yadamini Gunawardana, Jayantha Samaraweera, the ambassadors, various scholars and family relations had joined in this event. A floral tribute was performed by placing a garland on the statue of Phillip Gunawardana by his granddaughter Sankhalali Gunawardana.