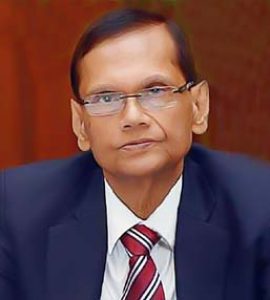 Gamini Lakshman Peiris (born 13 August 1946) is a Sri Lankan politician and academic. He is a former Cabinet Minister of External Affairs and a former member of the Parliament of Sri Lanka. He is the current Minister of Education and a national listed member of parliament from the SLPP party.

Peiris was born to Glanville Peiris, a diplomat who was the former Director-General of External Affairs and Ceylon's Ambassador to West Germany and Myanmar, and Lakshmi Chandrika Peiris.[1] His uncle was Bernard Peiris, the former Cabinet Secretary. Educated at Sri Sumangala College Panadura and S. Thomas' College, Mt Lavinia, he entered the law faculty of the University of Ceylon, Colombo and won the Mudliyar Edmond Peiris award. He won a Rhodes Scholarship to read for a PhD at New College, Oxford, and graduated in 1971. He also gained a second PhD from the University of Colombo in 1974.[2]

Peiris was a close confidant of the former President Chandrika Bandaranaike Kumaratunga, who appointed him as a national list member of the parliament following the 1994 election. Thereafter, Mrs Kumaratunga, then Prime Minister, appointed him as Minister of Justice and Constitutional Affairs and Deputy Minister of Finance. He was also given the portfolio of External Trade at the start. In a subsequent Cabinet reshuffle, he was given two additional portfolios—Ethnic Affairs and National Integration—which were hitherto held by the President. During his tenure as Justice Minister, he brought in over 30 pieces of new legislation which were considered innovative and in accordance with the needs of modern times.

In 2001, Peiris fell out with President Kumaratunga and defected to the opposition, effectively bringing down the government.

When the UNF government headed by the then Prime Minister Ranil Wickremesinghe engaged in peace talks with the Liberation Tigers of Tamil Eelam, Peiris was appointed as the chief negotiator.

He was then encouraged to shift to the UPFA in 2004 under the leadership of former President Mahinda Rajapaksa. On 9 January 2015, he shifted as opposition MP representing UPFA. In the 2015 election, he lost his seat in parliament as he was not selected from the UPFA national list. 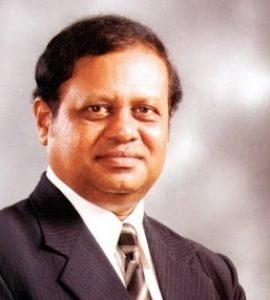 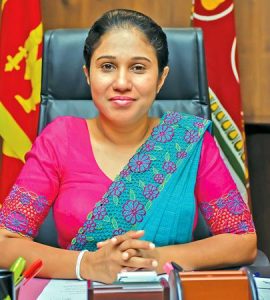 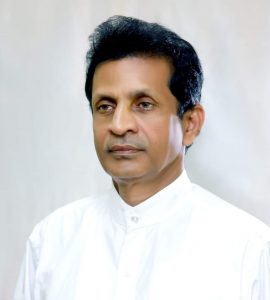 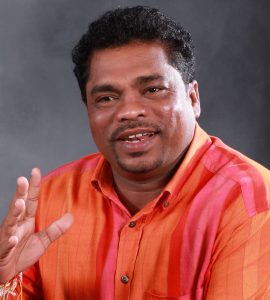 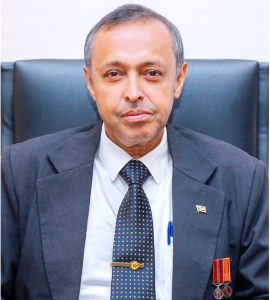 Secretary to the Ministry of Education 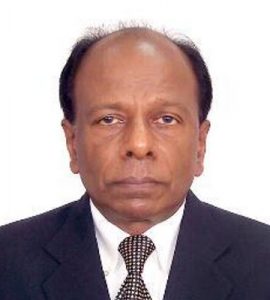 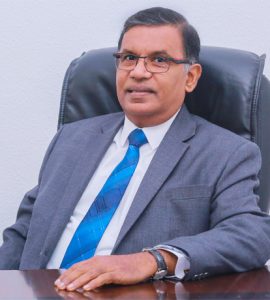 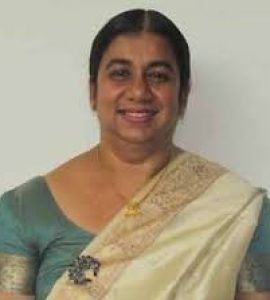 Secretary to the State Ministry of Women and Child Development, Pre-School and Primary Education, School Infrastructure and Education Services

Mrs. K. M. S. D. Kumari Jayasekara is the state secretary to the Ministry of Women and Child Development, Pre-School and Primary Education, School Infrastructure and Education Services, and is a special grade SLAS officer having 29 years of experience in the field Management and Administration. She has started her service in the public administration n 1991 as an Assitant Government Agent at Devundara. From there onwards, she has contributed her service in the Divisional, District, and provisional levels in different capacities. She continued her service in the Sri Lanka Institute of Development Administration as a Senior Consultant, Additional Director General, and a Director-General over a cause of 8 years. In her professional career, she has led those organizations to achieve the National Productivity, ISO, and Presidential Awards. 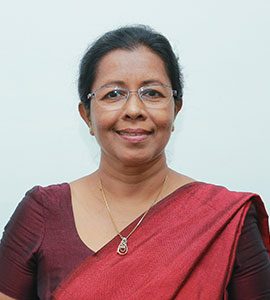 She has more than 32 year experience in the field of Management & Administration and has served in Provincial Department of Education (Western Province & Sabaragamuwa Province), the Government Schools and the Ministry of Education in different capacities. 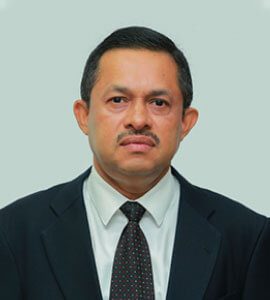 Mr. H. U. Premathilaka has served in Sri Lanka Education Administrative Service (SLEAS) as a Deputy Principal and a Principal since 1988 and is currently holding the position of Additional Secretory (Education Quality Development) of Ministry of Education.

He has more than 32 years experience in the field of Management and Administration and has served in the Vijaya college, Mathale the A. Rathnayake College, Walala, Menikhinna the Nalanda College, Colombo and the Ministry of Education in different capacities. 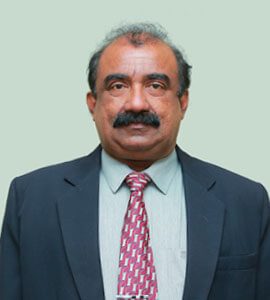 He has more than 32 year experience in the field of management & administration and has served in Rajasinghe M.M.V., Hanwella, Siri Piyarathana M.M.V., Padukka, Ministry of Education, Department of Examinations, Ananda College and Mahanama College in different capacities. 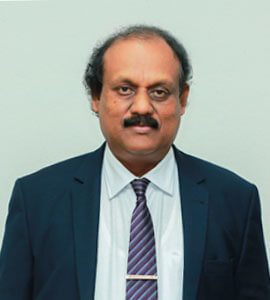 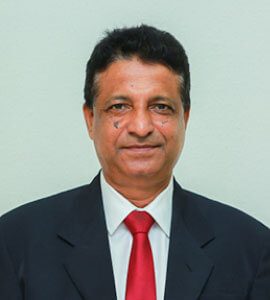 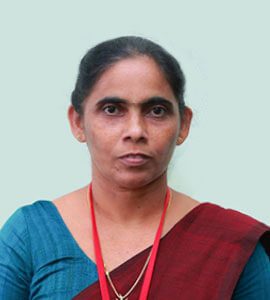 She has more than 20 years of experience in the field of Management and Administration and has served in the department of pensions, Divisional Secretory office (Horana) the Ministry of Education and the Ministry of Health and Indigenous Medical Services in different capacities. 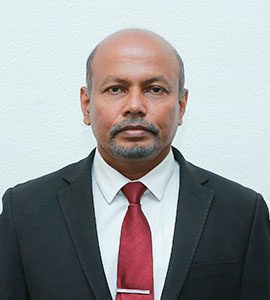 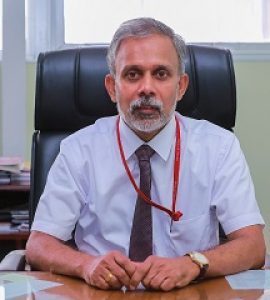 Mr. Y. M. S. Gunasekara has served in Sri Lanka Accountants service as a Chief Accountant. Since 1991 and is currently holding the position of the Chief Financial Officer (Acting) of Ministry of Education.

Mr. Y. M. S. Gunasekara is a Bachelor of science (public Administration) of University of Jayawardanapura and holds a post Graduate Diploma in Accountancy and finance university of Peradeniya and a Msc Degree, university of Kelaniya. 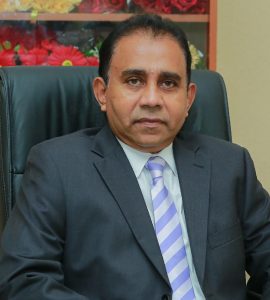 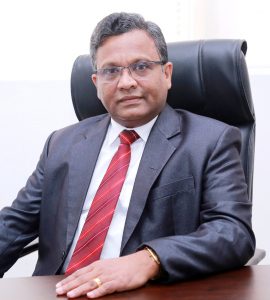 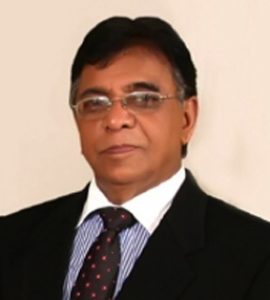 Secretary General to the Sri Lanka National Commission for UNESCO

Dr. P. N. Meegaswatte has served as a science teacher, a producer a Head of Educational Television Unit, a Director Research and Training a Deputy Director of General Commercial a Director of a programmes, a Consultant (National English Programme) a programme Manager, a Consultant Project Planning in various fields since 1982 and is currently holding the position of the Director General – UNESCO of the Ministry of Education.

He has thirty years of experience in the field of management and has served in Independent Television Network, Sri Lanka Rupavahini Corporation, MTV/MBC, Mahapola Board and Information and Communication Technology Agency, Sri Lanka in different capacities.