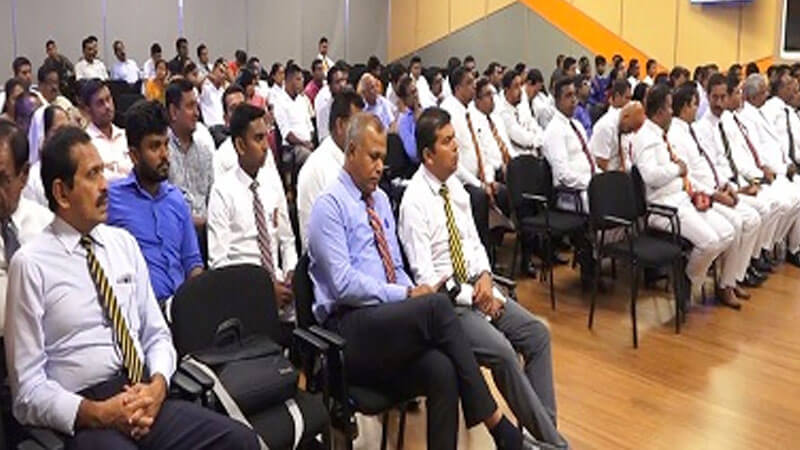 A meeting was held recently (28) at the Ministry of Education under the instructions of Hon. Minister of Education to make the principals, representatives of past pupils associations and student leaders of national schools conducting the cricket tournaments aware of maintaining the road discipline without destroying the reputation of those schools at the motorcades held parallel to the inter-school cricket tournaments.

It cannot be allowed to violate the transportation rights of people because of the ‘big match’ (inter school cricket matches) celebrations conducted by the school children using the common transport routes. When the reported past events are considered, the sorrowful incidents like the school children facing accidents have been reported even from the high level schools. Therefore, such incidents must be avoided and the attention must be drawn to maintain the solidarity between schools and to continue the long term traditional activities, the Deputy Inspector General explained.

Based on his professional experiences, the Deputy Inspector General pointed out that the heads of schools and student leaders must draw their attention to avoid the illegal, undisciplined and indecent activities such as bulling the school children in girls’ schools, trying to enter forcefully to those schools, displaying the banners with slang words degrading the identity of their schools, travelling carelessly on vehicles, directing to harmful habits such as alcohol, drugs and cigarettes, making fun at adult, female and disabled pedestrians and engaging in hat collections from the public while marching on streets. They must try to conduct the tournaments providing good examples to the society, he further explained.

Accordingly, during the next inter school cricket tournaments and motorcades organized along with them if any student engages in any such illegal activity, the law will be severely enforced against him. Nobody could be allowed to violate others rights in order to entertain their own rights in this country, the Deputy Inspector General further emphasized.