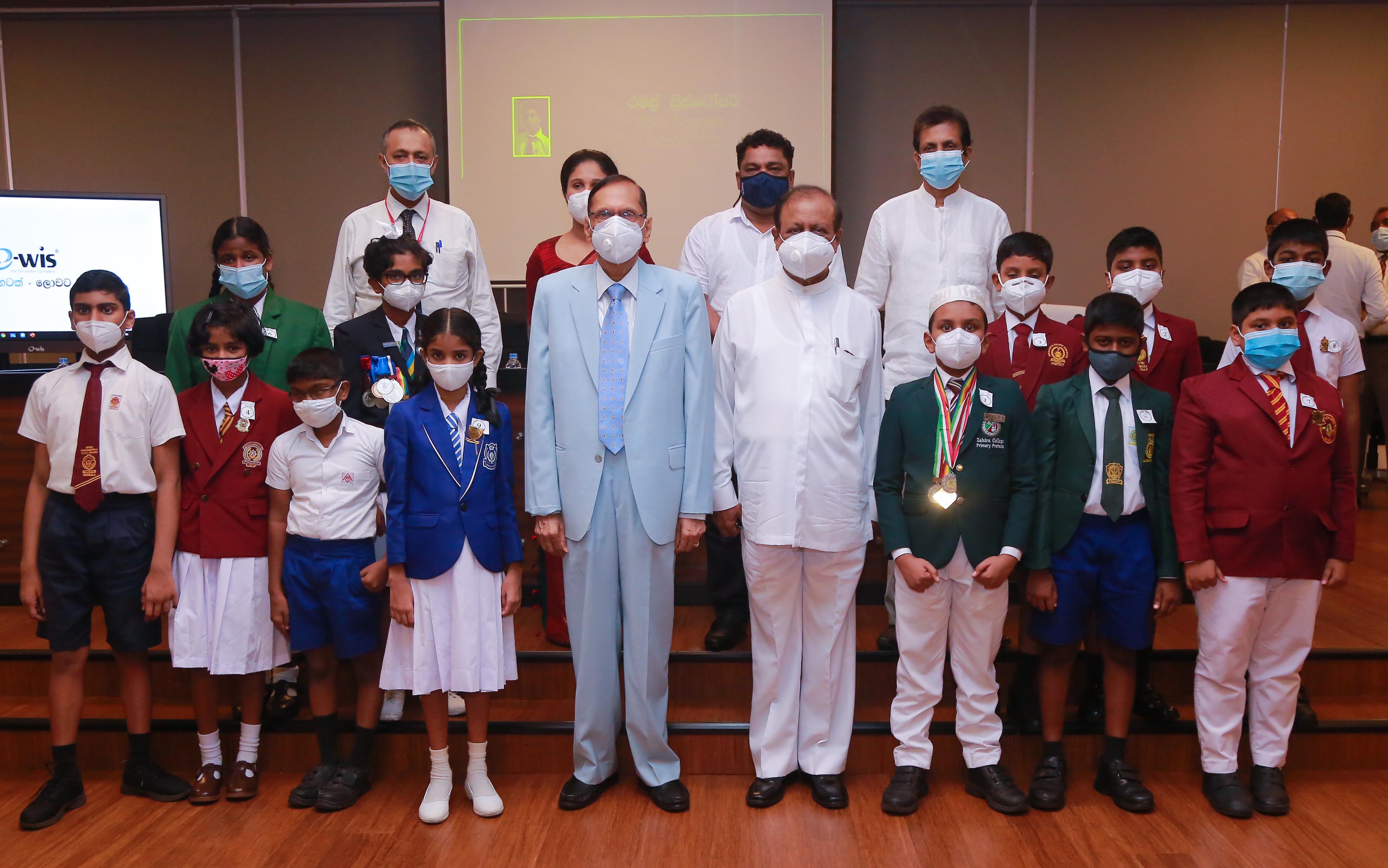 The Minister of Education Professor G.L. Peiris said that the World Health Organization has stated that it will take nearly two years to eradicate the challenge of covid completely and under such circumstance it is not practical to block the schooling of children any further. Therefore, a decision was taken to open the schools while facing the present strong challenge on behalf of the government.

The minister expressed these ideas while participating in a function held today (24) at the ministry of education for the appreciation of ten students who obtained the highest marks at the grade five scholarship examination held this time while facing the challenge of covid and also for providing digital smart boards to their schools with the sponsorship of E-Wis institution.

In each country in the world there is a specific resource that provides an economic strength to it and the human resource is the inborn strength of our country. We have an excellent very creative human resource, the minister of education pointed out. The minister further stated that he takes this opportunity to express his thanks to the principals, teachers and the parents who are the pioneers not only just appreciating the achievers in the exams but also making them as productive resources for the future.

With regard to the conducting of grade five scholarship examination, many parties said that it would be a putting the children into danger in a moment of spreading covid. But since all the health sections, defense sectors, transportation sectors and also education offices in the provinces, zones and the divisions, principals and the teachers kept their complete trust upon the government and gave their fullest cooperation, it was possible to hold the scholarship exam on 11th of October. And also the Department of Examinations took action to release the exam results within a short period of time of 33 days.

The minister of education extended his gratitude to all sections who contributed to make the difficult effort taken by the ministry of education a success while selecting the hardest task to face the challenge instead of retreating from the confrontation in a difficult time.

Expressing the matters further about the decision take to open the schools, the minister said that in some provinces the parents had hesitated to send their children to the schools. It is natural. Although the restricted police areas are opened, the people do not come out at once. These conditions cannot be changed instantly just as putting out a light. The attendance of the teachers was 85%. That must be appreciated. We have taken all health protection measures. The money has also been provided for this purpose. The school committees are being functioning about that matter. We believe that gradually this situation will reach to normal. Closing down the schools means the closing down the future of the children. That doesn’t mean the schools must be opened despite the threat to the health protection of the children. As a government we have approached to maintain the school education while ensuring the health protection of the children. We fulfill that obligation, the minister said.

Two children who have obtained the highest marks from among the children with special needs sat for the scholarship exam had also participated in this occasion and they also received the certificates of appreciation.

A gathering including the State Ministers Dr. Susil Premajayajtha, Piyal Nishantha De Silva, Vijith Berugoda, and the State minister Seetha Arambepola, several education officers headed by the Secretary of Education Professor Kapila Perera, the principals, teachers and the parents representing schools of scholarship holders and the President of the E-Wis institution that provided the sponsorship for giving digital smart boards to these schools with other representatives of the institution had joined in this occasion.